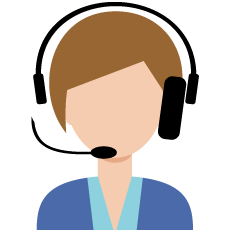 There are so many elements that go into planning the perfect event. You have to consider food, entertainment, security, photography and so much more. If you are planning an event of any kind, my blog can help you maneuver through the process a little easier. You will find tips for choosing the vendors, entertainers and every other aspect of the event. Having planned events of different types and sizes several times over the last twenty years, I have come up with a process that works very well to eliminate the many stresses that come with trying to plan an event.

If you're like most people, you have heard the term "gig economics." People hire others to provide rides to airports, pick up their groceries and even pick up food from local restaurants. However, even though there seems to be a new catch phrase for these types of jobs, some gigs have been around for a long time. Trade show models work in much the same way of other gig-type workers; only they are hired by companies to work at events promoting the company's products. If this intrigues you, use this guide to know what to expect.

You Are an Independent Contractor

As a trade show model, the company hiring you to work the gig pays you by check, but they don't withhold taxes. You'll need to pay your federal, Social Security, and any state and local taxes yourself.

As an independent contractor, you have the ability to work the shows you want. Some of the shows that companies hire trade show models for include:

The majority of the time, companies who have booths or displays at these events use a "brand ambassador" agency to find their models. Once you are signed up with them, you can accept or decline any gigs offered.

There Is a Dress Code

The companies often have a certain look they hope to portray, so if you take issue with wearing certain types of clothing, wearing makeup, or wearing your hair a particular way, then becoming a trade show model may not be for you.

Some Hours Can Be Long

As a trade show model, you typically only work the event. You are not an employee of the company that your contracted to model for, so it's not a steady job. These companies are usually only in town for the event, so you may only work the weekend. However, expect to spend the entire weekend at the show.

Some companies expect you to be there from the time the show opens until closing, with a few breaks here and there. You'll be handing out brochures, samples and other goodies to potential clients and customers, so expect to smile a lot during these long hours on your feet.

Trade show models can earn a decent amount of money for their time. So if this is something that interests you, check out some of the agencies hiring trade show models (such as tradeshowcasting.com), or brand ambassadors. Have fun meeting new people, earning money and having the rest of your week free to do what you want.